Hadassah - one of the world leaders in the field of BMT

Hadassah - one of the world leaders in the field of BMT 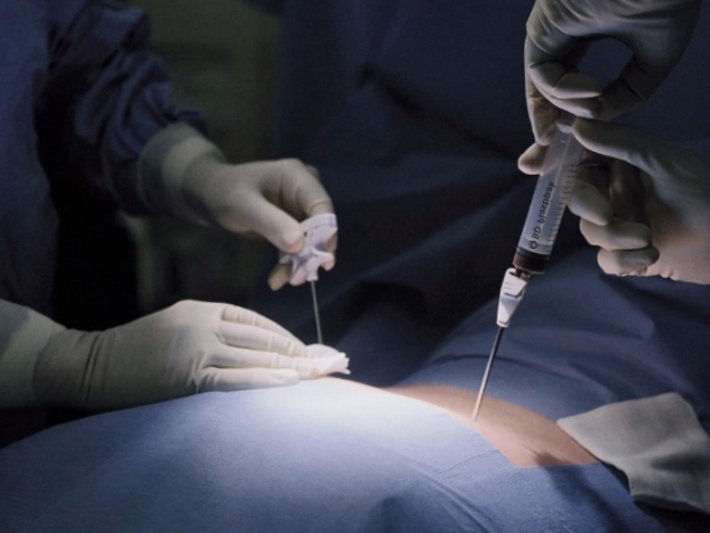 The international recognition of the Department came as an expected consequence due to the fact that the Bone Marrow Transplantation in Hadassah is implemented in a unique way.

In 2017 a record number of bone marrow transplantations was performed in Hadassah with excellent results exceeding all known standards.

By December 2019 the clinic performed about 4,200 successful BMTs, 1,380 of them were performed for children.

For all questions related to the TKM in the Hadassah clinic, contact our international department staff.

Department of Bone Marrow Transplantation (BMT) and Cancer Immunotherapy for adult and pediatric patients serves as the base for scientific research. It is equipped with the latest medical technologies and has its own donor stem cell bank in which biological material is collected, separated and prepared.

The department is headed by the world-famous specialist Prof. Polina Stepensky, a member of the European Committee on BMT for non-malignant diseases. Prof. Stepensky's experience is more than 20 years. In 2018-2019 Professor was included into the list of the best doctors in Israel published by FORBES, mainly for her achievements in the treatment of children with orphan genetic diseases

Hadassah is one of the world leaders in the treatment of BMT children's rare inherited diseases.

"Children who were hospitalized many times and spent many hours at intensive care units in different countries of the world and were told that there was no chance to get better, came to us and we treated them," says Prof. Stepensky.

The clinic is also a leader in rare disease treatment for adult patients.

The BMT procedure was performed by a well-known specialist in this field, Dr. Batya Avni, Director of the Day Care Unit at the Department of Bone Marrow Transplantation (BMT).

"Autoimmune diseases cause the immune system to malfunction and attack the host body cells," says Dr. Avni. The bone marrow transplantation "nullifies" this system and allows it to recover. It should be understood that BMT is a dangerous procedure. The patient lives for some time without an active immune system, during transplantation the body is defenseless against infections, blood clotting disorders, and other problems. Nevertheless, in some cases, BMT is the only effective treatment. "

The patient was treated in several stages. At first, moderate-dose chemotherapy was performed. Then the stem cells that were produced by bone marrow and were essential for further transplantation were collected and frozen. After that, high-dose chemotherapy is applied, which suppresses the immune system and destroys stem cells. The frozen stem cells were returned to the body to "restart" the immune system.

The patient's condition quickly improved as a result of the BMT transplantation.

Hadassah has no equivalent in the diagnostics of genetic diseases.

The success of bone marrow transplantation substantially depends on the quality of the preliminary diagnosis.

The most advanced genetic tests are used to detect orphan diseases. The Jerusalem hospital specialists definitely detect any known gene mutations relying on these tests for timely treatment - at an early stage. But that's not all: Hadassah's doctors also often manage to replenish a long list of rare diseases.

So in April 2017 the American Journal of Human Genetics, one of the most prestigious international scientific journals in the field of genetics, had published an article about the results of studies conducted by a group of scientists led by the head of the Department of Genetic and Metabolic Diseases of the Hadassah Center Prof. Orly Elpeleg.

For the first time, the research group was able to describe the previously unknown dangerous genetic disease that affects a child’s nervous system and to develop methods for its early detection.

Hadassah specialists manage to find the gene responsible for the hereditary disease in 65% of cases. In other countries, this amount is much lower – up to 30% -35%.

In addition, the clinic has a state-of-the-art immunological laboratory, in which functional cell diagnostics is carried out in parallel with genetic testing. This allows you to determine whether the problem is cellular or immunological. As a result, the proper and personalized treatment protocol is selected significantly increasing transplant efficiency.

To learn more about conducting BMT in Israel or to get advice from leading geneticists and transplants contact us.