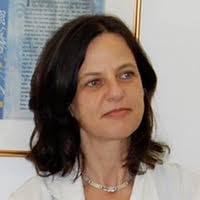 2007-present:     Member of the Executive board and scientific committee of Israel Society of Neuroimmunology.

2009-present:     Treasurer of the Neuro-immunological society